There’s a 52 year old man who claims he invented a character called Davros, creator of the Daleks in BBC TV’s Doctor Who, for a magazine competition in 1972, when he was 13. He said he was shocked to see his ‘idea’ appear on television in 1975. You can read the unlikely story here. 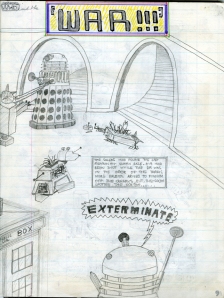 It reminded me that when I was 12, I too was drawing pictures of characters from Doctor Who and in one comic strip I envisaged Davros being given Emperor of the Daleks status and having a spherical top mounted on his base. This was in 1983 and yet it’s exactly what the BBC did on television in 1988. I won’t be making a fuss.

But for a bit of fun I posted the page of my comic strip on the Doctor Who forum.

A couple of people on the forum said it was a pretty good effort. It was only then that I realised that that was the first time anyone had said anything complimentary about my drawings. That was not surprising since this was the first moment I’d actually showed them to anyone. Why hadn’t I showed anyone before? Because of the killer reason that people don’t reach their potential.

Because I didn’t really think they were really any good.

It was one of my early dreams: to be a comic book artist. But I abandoned it aged 14. Why? Because looking at my drawings I was frustrated that they didn’t look as good as my heroes Ron Turner, Dave Gibbons and Frank Hampson.

I didn’t have much encouragement. Part of the reason for that is linked to what John Lennon’s Aunt Mimi said to him when he started the Beatles, “A guitar’s all right John, but you can’t make a living out of it”. The understanding of career options by those who offered it to us then and even more so those who offer it to the children of today is frighteningly narrow, short sighted and past-focused. My parents knew you could make a living from being Constable or Lowry – that was proper art. But comic books? Graphic design? That was childish nonsense. And in my case the working class ethic coupled with St Paul (I Corinthians 13 v11), “When I was a child, I spake as a child, I understood as a child, I thought as a child: but when I became a man, I put away childish things” meant that I had to grow up and do something sensible.

Reluctantly I did, for a while. Did you?

Those two comments on the forum made me think, 18 years later, that compared to the average 12 year old’s drawings, mine were pretty good. The actual story was a pretty good idea too, re-reading it now without the self criticism of the past. 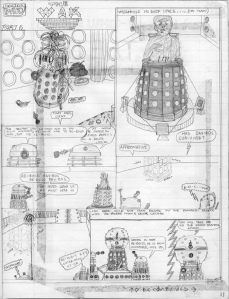 So why did I give up? Because when I was 12 I thought that it was talent that counted. I thought that if I was a truly talented illustrator I should be able to do it better than I this. I didn’t know that it was actually practice that made a great comic book artist. I’d been doing it since I was at nursery (and still have the drawings to prove it). I already had hundreds of hours of practice which is why I was pretty good by 1983.

If I’d continued with the same intensity from aged 12 for ten years by the time I was 22 I would have been pretty good, if not world class. That’s not a boast, that is just how it works. If you continually work at a process, constantly failing and improving, making mistakes and modifying, you get better and better. Instead, I’m not really much better now than I was then, which was just above average for a 12 year old but just about average for my age now.

You just look at someone you know who is good at something, be it writing, football, debating, maths, cooking, whatever. You study them and see how much time they have spend doing the thing that they are good at.

Someone once said to Yehudi Menuhi, “I’d give my life to be able to play like you”. “I did” was the maestro’s reply.

When it comes to our children we have to realise we can’t make them interested in something they’re not. They have to choose what excites them. And if it’s something we have no knowledge or interest in we have to accept it.

We can’t make them practice. If we do they will grow resentful or burn out and lose interest.

But there is something big that we can do. That formula is not compete. There are two further conditions that we need to add that are in our remit:

Our job is to make sure we provide the opportunity to try and explore different interests. Our job is to encourage effort when we see an interest developing.

Our job is to make sure that we prevent the child from self criticism of failure as an end and instead help them understand how to modify it into improvement.

Through a series of misunderstandings about talent, how the brain works and what motivates people, our society is set up to manufacture regret, resentment, guilt and self-loathing.

What was your desire when you were much younger?

What did you give up on because of criticism or lack of encouragement?

Perhaps it’s not too late for you to pick up the paintbrush again, to kick the ball again, to write that book, to take that course, or to pick up that ‘how to’ book. Perhaps you can re-ignite your passion and build it into your life today?

By thinking over what you did right and where you went wrong, who could you inspire today to follow their dreams?

You’ve got to have a convincing ‘why’ to motivate you to do something. I’ve learnt that it can’t simply be ‘to make money’, there should be a higher purpose, a goal beyond that. So I decided to write down what mine was. Once that was clear it was interesting to see how it then affected behaviour. If I now have a decision to make on whether to pursue a particular project, I can run it past the mission: will this new project support my mission in any way? If the answer is ‘no’, then the decision is easy to make.

So here’s my mission statement:

“To create environments where creativity flourishes, where people experiment with innovative ideas together, free of dogma and boredom, where adults and children are able to develop and use their talents, uniqueness and abilities to their fullest potential without judgement, to benefit themselves and others. Empowering all people to be confident so that they can innovate their personal and business lives. To invest in a more creative future for all.”

With that in place it seemed more like a good idea for me to speak more in schools, to help empower both children and teachers in supporting creative thinking and doing. I’ve put together a compilation of my recent schools talks in the video below.

Here is a testimonial from a head teacher:

“Organised, personable, entertaining, and with some very clear and relevant messages for our Sixth Formers. Ayd is sincere and the students do appreciate that, and are far more likely to listen and weigh up what is being said, as a consequence.

Within 24 hours, one of our students changed her university course application to match her new understanding of the challenges the future might bring.

There was food for thought for all, and I would also consider booking Ayd for an hour at the start of a  staff inset day, particularly if the teachers needed to embrace change in a creative way. His anecdotes are also clear evidence of the huge power of teachers to add or detract from peoples’ lives, and we often forget this as we go about our everyday interactions with kids.”

If you’d like me to come and speak in a school near you, please do get in touch.

In the meantime, what’s your mission? 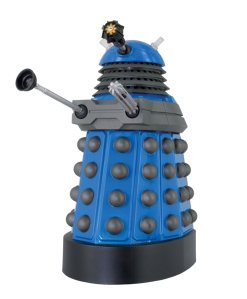 There are two types of people: creative people and non-creative people. They are not born that way, they decide to be that way. Sometimes they behave in one way in a certain situation, say being a monotonous drone at work and yet a creative genius at the weekend on the sports field or with the children.

The problem in most businesses is that they may say they want creativity and creative people working for them but what they manifest is mindless monotonous drones.

Creative people in business do not sit there doodling or daydreaming (but if they do you can bet they’re onto some big idea). Creative people innovate better ways of doing things. They naturally follow the path of progress. They can’t help making things more interesting. When channeled, these attributes always lead to increased profits. 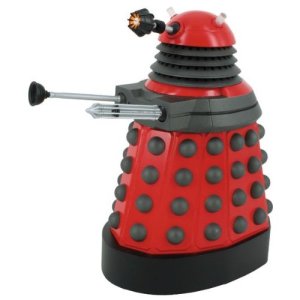 Sales Drones do not create new sales opportunities. neither do they know how to up-sell new offerings to existing customers.

If you have managers they need to be creative managers: handling people and their relationships is a complex task with many factors constantly changing. Motivating people to do their best is a skill that is bespoke for each individual. Problem solving skills and emotional intelligence are needed more than ever in such a role.

Manager Drones annoy good people who then leave and join your competitors.

If you have staff that deal with customers they need to be creative staff who deal with customers. Creating great customer service is the most underdeveloped method of increasing sales and profits. Knowing how to handle problems or how to create value added extras that turn customers into advocates is a creative skill that’s worth its weight in gold.

Don’t employ drones, and even more importantly, don’t turn your employees into drones. Good people who get fed up and leave their jobs usually do it because they weren’t appreciated. A great way of getting good people to stay and excel is to allow them to use more of their skills and talents in their role, to have more responsibility for their role.

Research has been done that the amount of perceived self determination within an organisation is directly proportional to increased profits and success of that organisation. Using or converting people into drones is like running your business with everyone having one arm tied behind their back, or chaining employees to a desk (which is exactly what so many companies actually do if you think about it).

I can show you how to turn your drones into productive, inspired creative strategists who not only do a better job with their current role, but are capable of innovating areas around them. Some businesses (and of course most employees) would be offended to have people described as ‘drones’. That may be the case but when the economic climate is more challenging, the risk of drone conversion is even greater. I can show you how to avoid the dangerous slide into drone manufacture, to help you get even more from the good people you have.

Come and see me on www.aydinstone.com