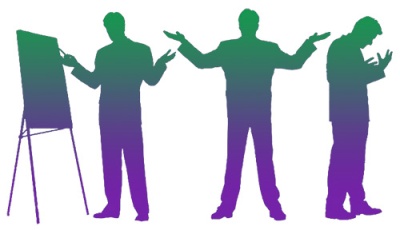 Have you ever met someone who had a particular faith, let’s say an evangelical Christian, or whatever, and then one day, something happened? Perhaps a particular set of incidents conspired to create a new realisation that knocked the legs from under their faith. Suddenly they found themselves no longer believing. Suddenly they had to modify their identity in light of this loss of certainty.It must be devastating and yet liberating. It must be embarrassing and yet empowering. To realise that many of the precepts that your day-to-day life depended on now have no meaning, or a totally different meaning. It must be unnerving and exciting. (Just for the record, it may be a similar process going the other way, from being agnostic to believer in something, I imagine).But I’m not talking about religion here. But the metaphor is apt. The preoccupation I’d like to discuss with you is not organised traditional religion, although it shares may of the motifs of a religion. I have lost faith in the Cult of the Expert.

So to make it clear, a large corporate company like Tesco or IBM operates as a system where individuals have their tasks but are unlikely to have overarching big-picture roles and are probably siloed into departments or divisions (let’s call them type A).

A small business like an engineering firm or accountancy company operates as a family as everyone knows everyone (lets call them type B).

A freelance tradesperson is a plumber or graphic designer or even a marketeer or business analyst. They do things for the other two types of businesses (let’s call them type C).

It’s that final category where the ambiguous role exists; the individuals who are ‘Experts’ (type D).

It’s been said, by Malcolm Gladwell, that an Expert can be defined as someone who has done constructive, consistent practice or work in a particular area for around 10,000 hours. (I’ve explored this myth here). The ‘Cult of the Expert’ would use this evidence to label Gladwell as a type D ‘expert’, in light of him having written the book Outliers, as an ‘Expert in Experts’. This is my loss of faith. I say he is not an Expert. He is a journalist and author. His expertise makes him a type C. He may be paid to deliver talks. In that role he is a type C, paid to share his experiences that people may learn from, but more likely he has added a new form of type C to his portfolio, that of an entertainer.

At this point let me explain that I’ve been running my type C business for 12 years. I’ve been selling my services as graphic artist, publisher and professional speaker and trainer in creativity and innovation. Perhaps there was a while when I though I might be a type D Expert. But no, I am not.

I’m proposing that Experts do not exist except in the egos of people who believe they are, or have convinced other people that they are.

If you’re a disciple of the Cult of the Expert, you may not agree at this point, or I may not have explained my thoughts clearly enough. So I’ll try harder.

The Cult of the Expert would claim you are an Expert and should write a book, create a training programme and range of products to sell to others, your followers, who are not Experts, to help them become like you, an Expert. But you are not an Expert, you are a dentist. You either operate in a type B or type C business model.

In other words, to move to type D means that you are actually leaving your expertise behind to become a mediocre trainer, internet marketeer or author. If you excel at any of these new models then you have become a new type C business person; you are now a dentist and an author, trainer or internet marketeer. You have new expertise, but you are still not an Expert.

The Cult of the Expert suggests that expertise exists in isolation from actually doing something. It’s a subtle difference between the person who has expertise in an area that they have practiced and delivered and then also have the expertise to explain and train some element of that expertise or experience. This is the concept of putting a type C business person on a pedestal (or putting themselves on that pedestal) as an ‘Expert’.

Confused? Consider this. A teacher has expertise in a subject and in the teaching of that subject. They are not an Expert, they are a teacher as as such command a certain salary. Likewise a trainer gets paid a market value fee for showing someone how to do something. Then there’s a motivational speaker, who has a story to tell and some experience or expertise to share. They command a certain fee (usually a lot more than a teacher). The fee is often proportional to how famous or how wealthy they are. This is where the Cult of the Expert kicks in. It is in effect similar to the Cult of Celebrity. People will pay more for the Expert because they believe some of their magic celebrity, charisma or money making power will rub off on them.

So if I’m not an Expert, who and what am I? I have experience in a few areas that others don’t and I believe I can explain them well. I deliver my knowledge as a facilitative trainer and as an entertaining speaker. If I was lucky enough to be on tv or to suddenly make a large amount of money (in any field) then I would be a celebrity and could command higher fees. But my new celebrity status would not have increased my experience or knowledge in any way, even though I would the be hailed as an Expert.

Likewise having written a number of books has not increased my expertise in any way but has given the illusion that I am perhaps a Expert in the Cult. But I am not. My books may be interesting, entertaining and educational but they do not add to my expertise (other than I am now an ‘author’). They are marketing tools that promote what I do and what I know. They do not make me an Expert, or to give the Cult its other name, they do not make me a Thought Leader. I do not want to scrabble to compete with other so-called thought leaders to compete with their thoughts to get in ‘the lead’. I have ideas, I may have even thought of something new, something before anyone else has thought of it. That’s nice (but unlikely) and it gives me something new to explain or train. But it doesn’t make me a leader. Neither do I want to have a bunch of disciples, following my so-called thought leadership.

Why am I so against the idea of the Cult (or any ‘cult)? Because having lost faith in the religion of the Cult of the Expert I now believe that it has at its centre an erroneous belief system that is perpetuated by deception. I feel that it has a dark side that sustains it by drawing energy (and money) from its disciples, who, like many religions, are the weakest and most desperate people in any given society or community.

I have woken up to a new dawn in which there are many wonderful talented people with expertise, but there are no Experts. There are plenty of great people who have plenty to say and from who we can learn a great deal, but they should not be worshiped.

In 1970, John Lennon closed his first solo, post-Beatles album with a moving and dramatic song called ‘God’ in which he dismissed everything he had ever believed in and had ever worshiped (including Elvis, Bob Dylan and religious and political figures). In the end he closes with the devastating confession, “I don’t believe in…. Beatles”. In that one line he destroyed the myth that he himself had co-created and that was worshiped by millions. The song ends with, “I just believe in me, Yoko and me. That’s reality”.

The Cult of the Expert is the desire to set up ourselves, or our favorite celebrities, as gods. The world has enough gods already and they don’t seem to do us much good.

As business people or people in business, I believe our role should be to add value, to increase knowledge and understanding for the benefit of ourselves and others in a symbiotic relationship, that benefits the whole. I believe in humility, humanity and the service of others for the greater good.

That belief now rules me out of joining the Cult of the Expert. What about you?

Ayd Instone works with people to explore and unlock their creative ideas in ways they may never have thought possible, to inspire innovation in their lives, and their business.

* Ok, it’s overly simplistic and there are blurred areas, so feel free to have your own model that’s different. These are my opinions, other opinions are available and encouraged. That is the essence of this article, to think for yourself, but not to conclude those thoughts are better than someone else’s. Just because I’ve lost my faith doesn’t make those that still believe wrong, because that would be an absolute. It’s just that I believe them to be wrong. But just because I believe something doesn’t make it right. I might be wrong thinking that they are wrong. The burden of proof is now on the Experts to prove they exist.