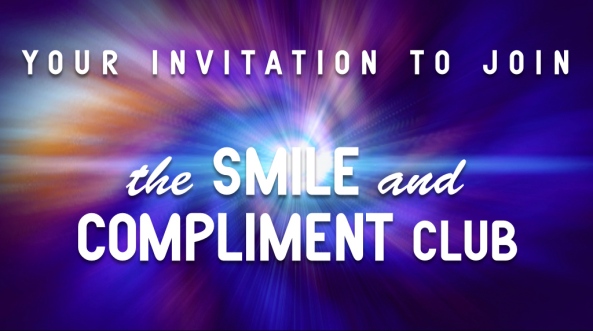 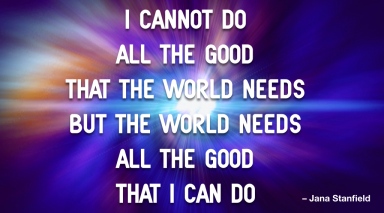 As the students walked in to our first assembly of the new term, the song All the Good by Jana Stansfield was playing. On the screen were the lyrics:

I asked them all to turn to the person on their left and give them a smile – and – a genuine compliment, no matter who they were, if they were a friend, and associate, a teacher, whoever. 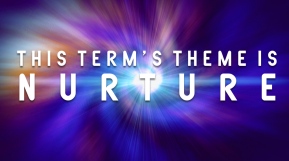 A buzz went around the room and a fair few laughs. I asked them how they felt about it. The unanimous opinion was that it felt good, but a little forced, a little embarrassing.
I pointed out how easy it is to be sarcastic, to say cruel or critical things and how alien it is for so many of us to simply say something nice.
So with that in mind we decide to set up our first experiment and join The Smile and Compliment Club.
The idea was simple. I placed a box in the dining room along with a stash of blank compliment slips. For a week, everyone had the opportunity to write someone a compliment anonymously and place it in the box.
There was a lot of activity around the box at the start of the week, which tailed off towards the end. Then at the weekend, I opened up the box and here are the results:
There were over 100 compliments posted. Eleven were too bizarre or unreadable (there were no rude ones though) so were removed. 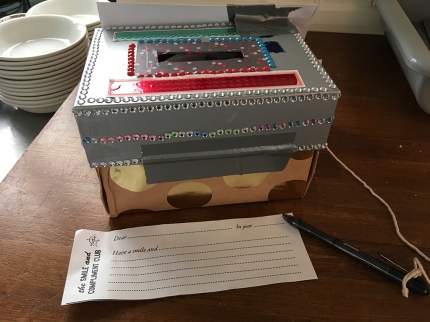 The Compliment Box and a slip. 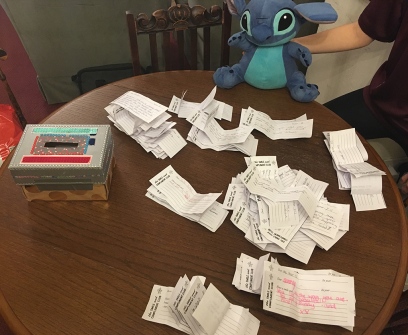 Sorting the slips into tutor groups

Year 11 was by far the most complimented group, year 10 in second place. The younger ones in year 7 and 8 received the smallest number of compliments. Interestingly enough there were only four compliments for teachers

The slips were sorted into tutor groups and discreetly given out in tutor time. On the following Monday I reported back to everyone with the results and a conclusion.
Everyone had enjoyed the experiment, both sending and receiving anonymous nice things. But – it highlighted another side and I asked our students to think about who they chose to compliment. Some popular students received quite a few but in some cases, those who would have benefited most from some kind words, did not receive many, or any.
If we were a gardener, would you constantly water and fertilise the strongest and healthiest plants in the garden? Or would you nurture those that need it more, that need it most?
Leadership is about finding the lowest amongst us and lifting them up until they are above us.
Hopefully this got everyone thinking about the idea of nurturing in a positive but soul-searching way, without patting ourselves on the back too much for being perfect and instead to to look carefully at what we can all do to improve and become for nurturing.
The theme of all this was part of my act in my stand up comedy days. Here’s a clip from back then:

Next week will be time for the 2nd experiment…